In honor of the third season premiere of Emily in Paris on Netflix, star Lily Collins landed the cover of 6 magazines for January 2023! Let’s revel in Lily’s flawless style & impeccable ability to capture glamour in a photo.

Next, Lily strikes a pose for Porter…

Also, a more modern Lily heads up Who What Wear…

Lastly, Lily is joined by real-life & on screen bestie, Ashley Park, for Tudum….

There’s no doubt about Lily’s international appeal, especially with such an escapist romp of a show that we all need to indulge in. I can’t wait to see what Emily & the gang get up to this season!

Will you be watching the third season of Emily in Paris? Are you team Alfie or Gabriel? What do you think of Lily’s cover shoots? For more stylish posts, check out: a fabulous floral sweatshirt from Target, festive velvet tops from LOFT, & a chic athleisure sweater set! Happy Styling!

Now we have a trailer, with a tongue-and-cheek tough decision that Emily Cooper faces. We think it’s about her love triangle or sudden career crisis, but there’s more to it as Emily’s style is such an integral part of her identity. Watch the trailer below:

Additionally, what audiences thought would be an early 2023 release of this third foray into Netflix’s fashionable fish out of water story is corrected as the season will be available to stream on December 21st! Just in time for awards season & Lily to rock the most gorgeous frocks on a press tour to promote the latest episodes in the series.

Are you excited about Emily in Paris’ third season? Who is your favorite character? Do you love Emily’s style? What about Mindy’s wardrobe? For more stylish posts, check out: Olivia Wilde’s white tee & black wide leg pants in NYC, a fabulous fall blouse from Kohl’s, the fashion from Partner Track, & the perfect fall earrings at Target! Happy Styling!

I don’t know about you, but I consume television partially for the fashion, which is why I love Emily in Paris, starring the adorable Lily Collins! The Netflix star recently posted the juiciest & most fashionable first glance images of the long-awaited third season. Obviously, Emily’s style game is on pointe & she’s really leaning into those bangs!

While this latest season won’t drop until likely early 2023, I can’t wait to see how the ex-patriate fish out of water story continues with love triangles, major laughs, bonding friendships, & plenty of social media talk, & more!

Who is your favorite character on the show? Are you team Gabriel or team Alfie? What do you think will happen in season 3? For more stylish posts, check out: fall blouse options by LC Lauren Conrad, tweed ballet flats for under $20, & all the best looks on Arden Cho in Partner Track! Happy Styling!

In honor of Independence Day, I’ve gathered fashion from the past in gorgeous red, white, & blue designs–blue, of course in shades of navy, royal, & pastel. Mostly dresses, the below slideshow & gallery showcases some of my favorite red carpet looks from not only recently, but also for the last decade (or more) at awards shows, premieres, film festivals, & more!

Who is your favorite celebrity to watch on the red carpet? Which red, white, & blue looks are your favorites? Which gown surprised you the most? For more stylish posts, check out: Natalie Portman’s cover shoot for Variety, Stranger Things star Maya Hawke in denim, & Selena Gomez’s Alexander McQueen dress for her Rare Beauty Launch! Happy 4th of July! Happy Styling!

Skirts! Skirts! Skirts! Why wear them? Well, there are so many versatile skirt styles & inspiration galore to be had. For spring, don’t just think about mini or denim skirts, there’s plenty of style opportunity when it comes to midi and maxi length skirts, especially when looking to transition your pieces from season-to-season. Skirts can instantly dress up a t-shirt, or turn a menswear-inspired look into something evening-appropriate. Check out the many ways to wear skirts on Game of Thrones actress Emilia Clarke, singer-actress Janelle Monae, Tokien star Lily Collins, Mrs. Nick Jonas herself Priyanka Chopra, Crazy Rich Asians breakout Gemma Chan, British model Rosie Huntington-Whiteley, & designer extraordinaire Victoria Beckham (in her own design!).

Skirts in cotton, linen, or denim even make a great companion for dressier pieces to wear for the day. Spring is all about color & movement when it comes to what to wear. Now is the perfect time to embrace bold statement pieces & take a style risk! Experimenting with separates is a great way to find out how to get the most out of your wardrobe. Some of the affordable options featured below make for great contrast pieces to try with printed tops, classic button downs, as well as neutral staples for your glitzier wardrobe favorites! 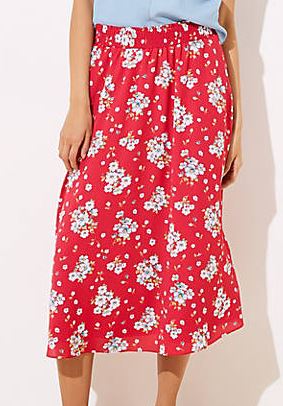 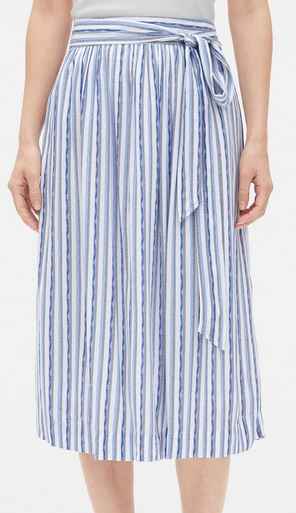 How do you like to style your spring skirts? Where are you shopping for your favorite feminine pieces? Where are you finding the best spring deals? For more shopping inspiration, check out previous posts, including cute watermelon accessories, Kate Spade’s latest spring collection, & Meghan Markle’s maternity LBD! Happy Styling!

There’s so much holiday talk in the air, but it’s also another season! All the best & most highly-anticipated films are about to hit theaters for awards season, which means that some of today’s most in-demand actresses are making jaw-dropping red carpet appearances, speaking at press events, & doing the talk show rounds, inspiring viewers with their class, intelligence, talent, & style. Aside from the excitement of seeing who is wearing what, the fashion in these films is definitely worth talking about. I was recently talking to some writer friends about how I haven’t been very enthusiastic about movies lately, especially since there’s so much amazing television on these days, but my mind is changed. I’m gushing over the visual candy that is La La Land, the retro elegance in Rules Don’t Apply & Jackie, as well as the high fashion stakes set in Miss Sloane & Nocturnal Animals (Directed by acclaimed designer Tom Ford). 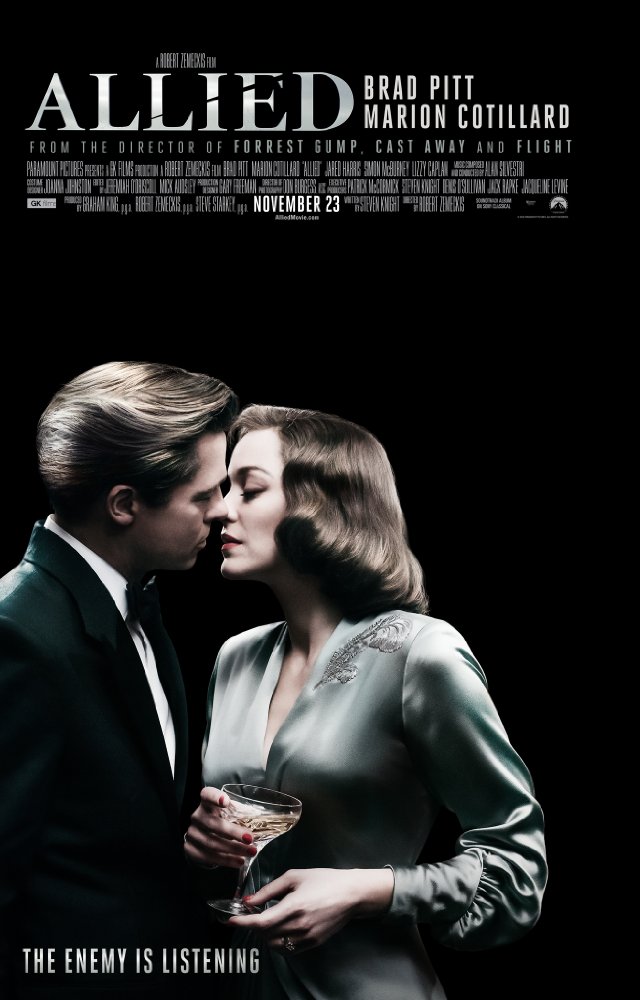 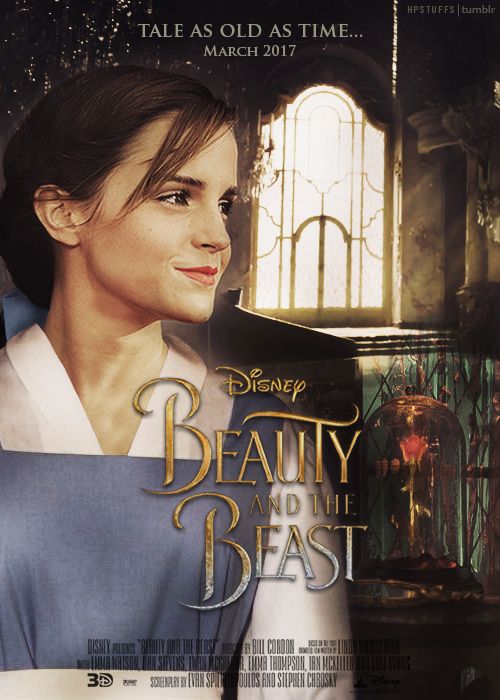 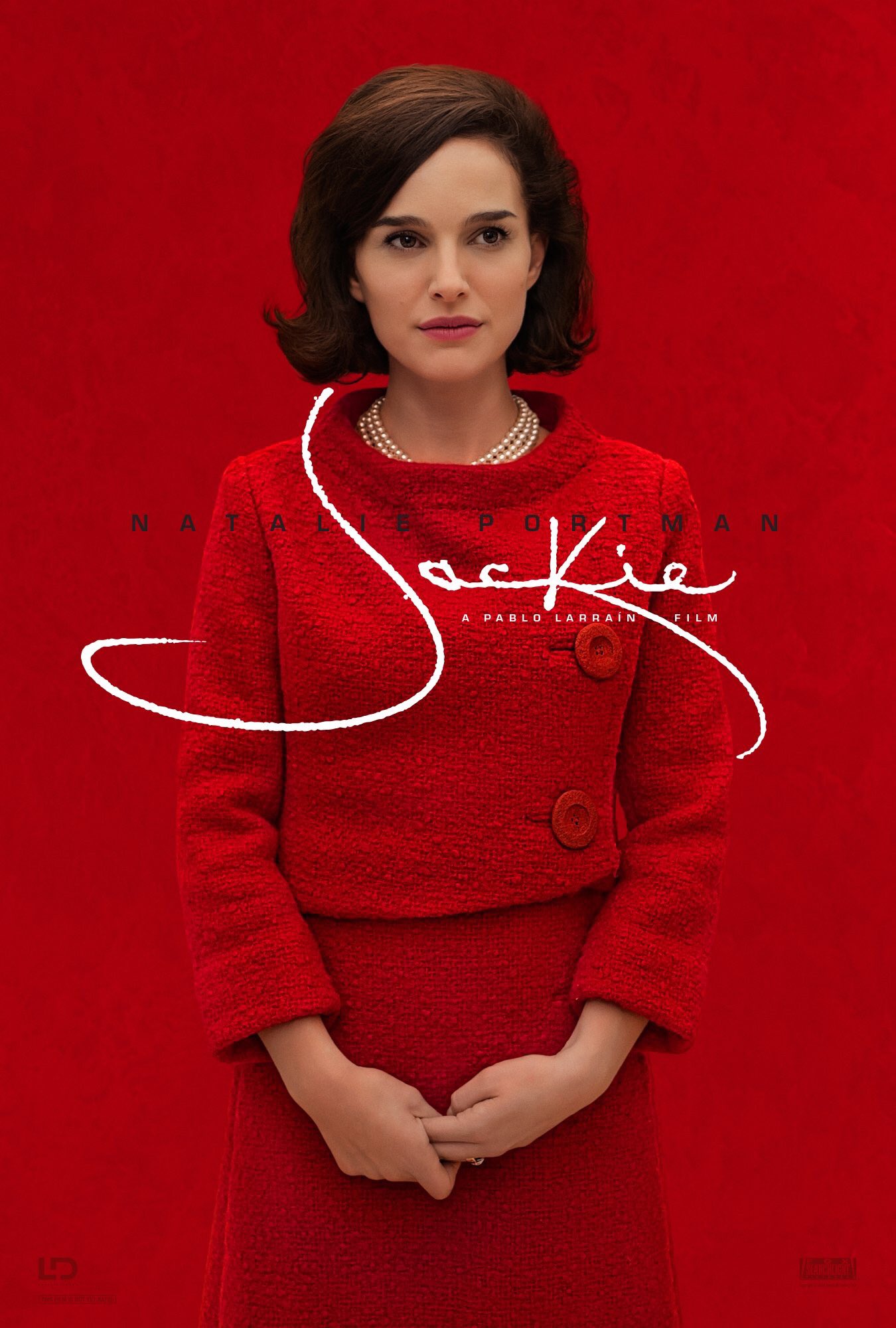 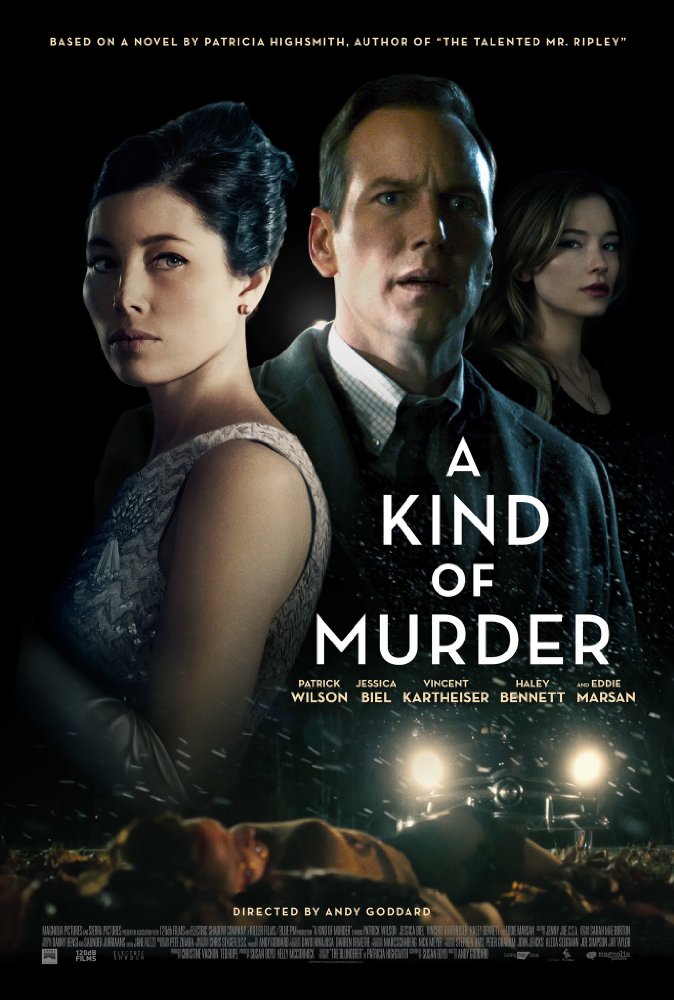 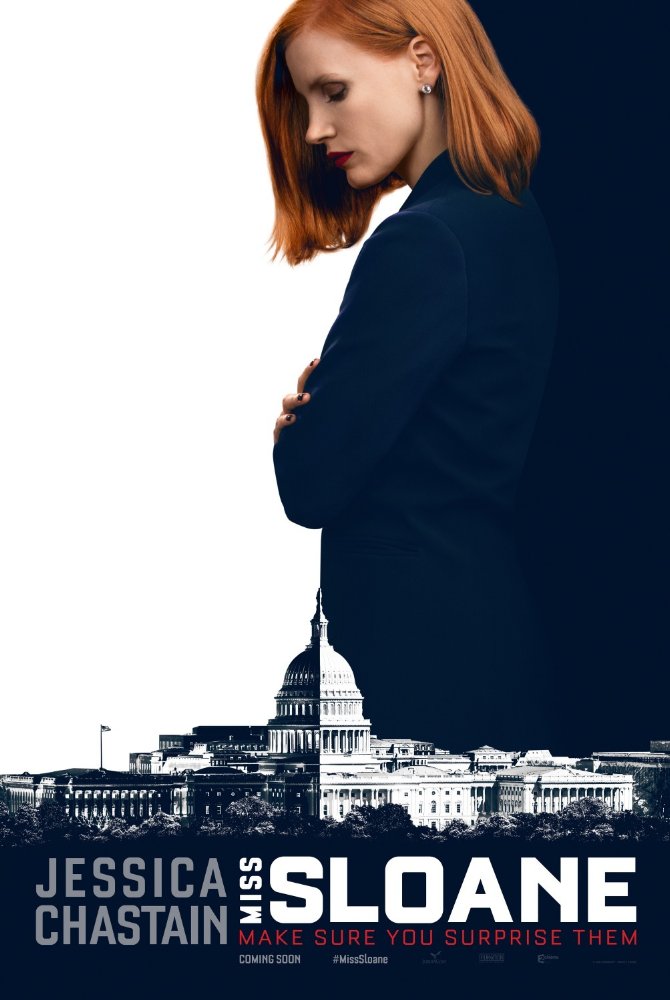 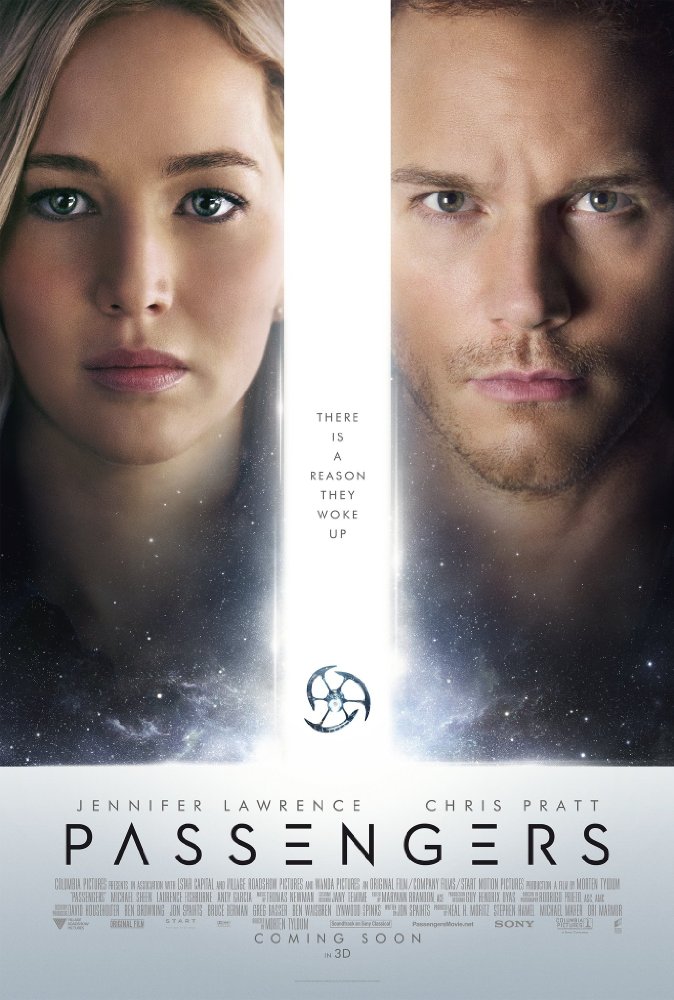 Which films are you most excited to see? Happy Styling!

The top players of the red carpet & street style have been spotted over the last week, looking all sorts of amazing, mixing up separates & donning combinations of modern & classic in dresses & accessories. They’ve bared midriffs & shoulders, played with volume & worked their curves, & upped their style game even more! 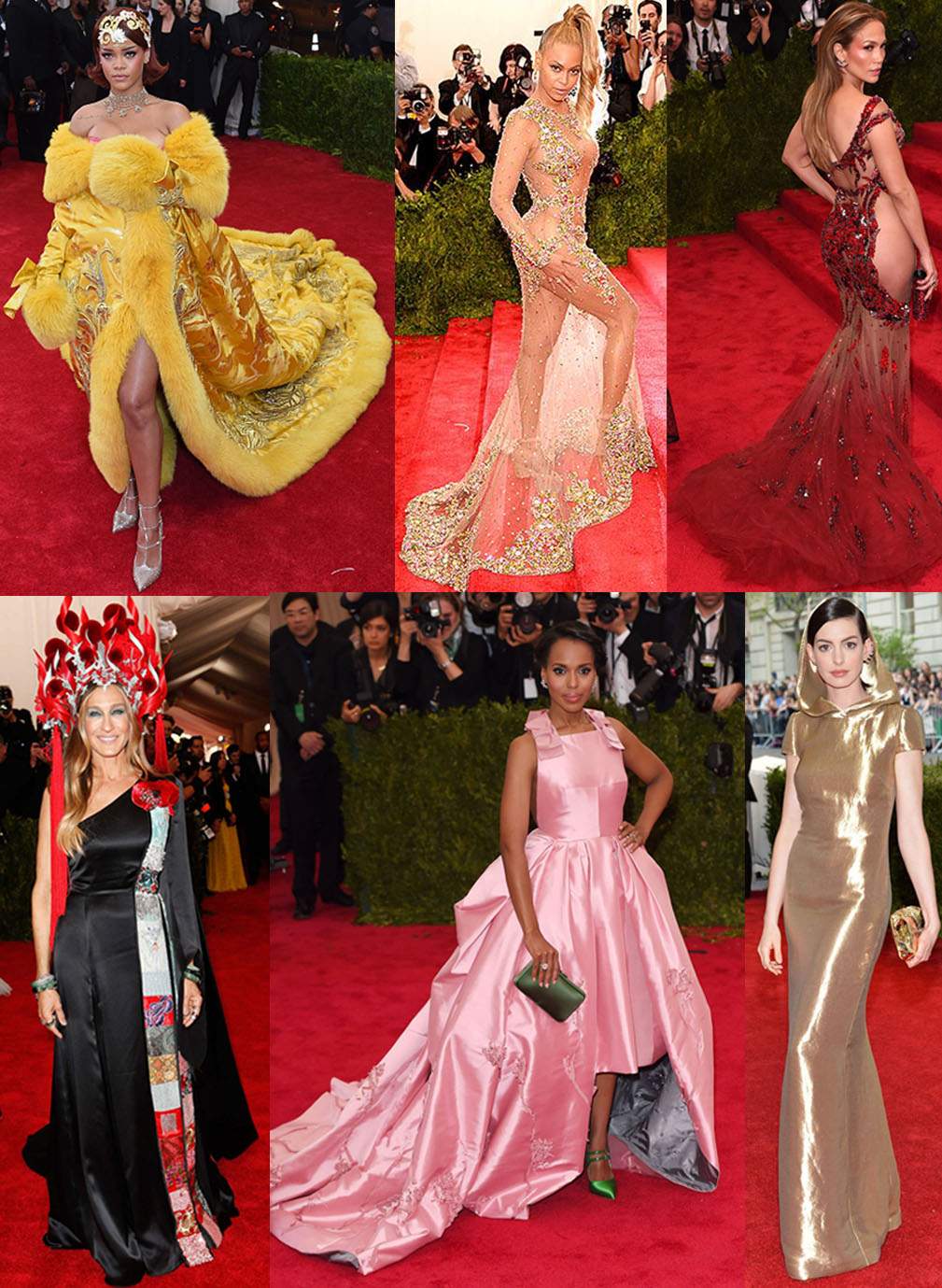 Last night’s #MetGala at New York City’s Metropolitan Museum of Art honored Asian-inspired fashion with Anna Wintour‘s latest exhibition, China: Through the Looking Glass. In attendance were top A-listers from the realms of fashion, music, Hollywood, & more, wowing on the red carpet & showing support for the art of fashion. Some of the greatest risk takers of the night included Rihanna in a stunning  over-the-top gold design by Guo Pei, Beyoncé‘s barely there shimmering gown by Givenchy, Jennifer Lopez who showed off her best assets in a Versace design, Sarah Jessica Parker‘s collaboration with H&M & a masterfully crafted Philip Treacy headpiece, the always elegant Kerry Washington in a pink Prada confection, & Anne Hathaway‘s futuristic & sleek hooded gold gown by Ralph Lauren.

Of course, there are plenty of glamour & daring fashion feats in the slideshow below to feed your celebrity red carpet style obsession. Who wore your favorite look? Will you be headed to NYC to check out the exhibit? Who missed the mark on the red carpet? Happy Styling! 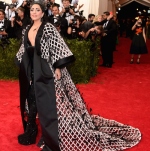