When flipping through the pages of next month’s ELLE magazine, I was pleased to see Shakira returning to the spotlight as the magazine’s cover girl. However, in the pages of the fashion mag, I was most intrigued by he 12-page photo shoot & accompanying article on House of Cards actress Kate Mara, whose stylish red carpet appearances & career on both the big & small screen has always seemed to catch my eye. 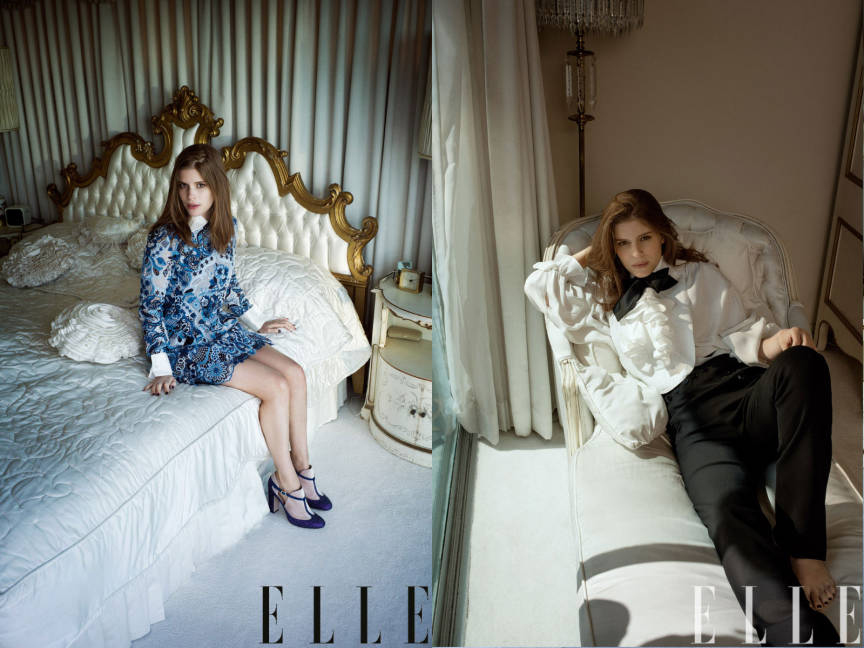 Of course, I’ve learned that the actress, who formerly co-starred in the first season of American Horror Story as Dylan McDermott’s psycho dead mistress, comes from NFL royalty, & was the first of the Mara sisters to hit up Hollywood with acting dreams. However, Kate proudly talks about little sister Rooney who snagged her first Oscar nomination for her gritty portrayal in The Girl with the Dragon Tattoo. Also, Kate discusses her role as Zoe Barnes & working with acclaimed director David Fincher on the Netflix series, House of Cards, alongside Kevin Spacey & Robin Wright. 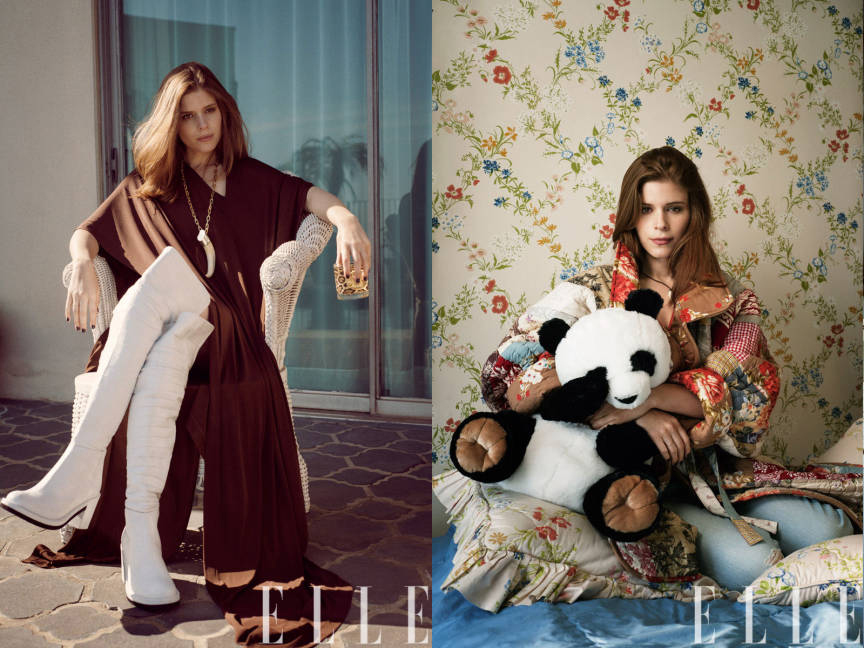