I’ve been saving up my April magazines to bring with me to work & now that Spring Break is over, I’ve finally had the chance to take in the latest issue of Vogue, with the always lovely FLOTUS Michelle Obama on the cover. However, as a big fan of Alfred Hitchcock movies & Grace Kelly‘s timeless style, I was enchanted by the magazine’s reprise of the 1954 suspense thriller, Rear Window, starring The Great Gatsby‘s Tobey Maguire & supermodel Carolyn Murphy, with an appearance by Laurie Metcalf, taking over the film’s roles for a shoot by Peter Lindbergh. The shoot contains stunning looks by Dolce & Gabbana, Fred Leighton, Marc Jacobs, Oscar de la Renta, J. Crew, Michael Kors, Miu Miu, Hermès, Gucci, House of Lavande, & Rochas. 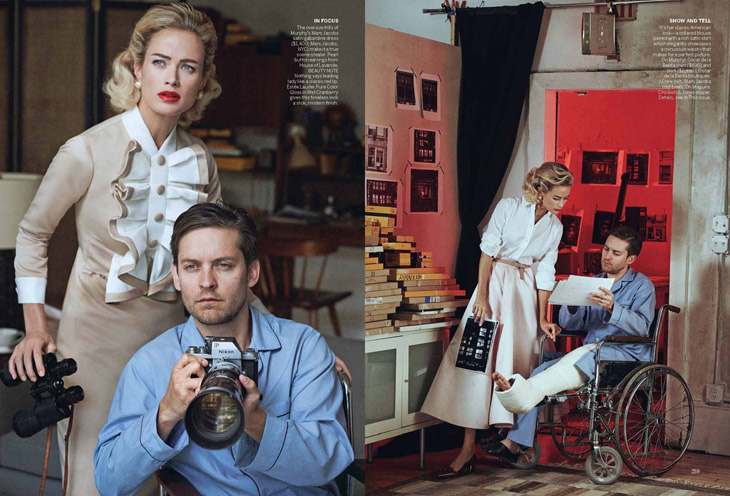 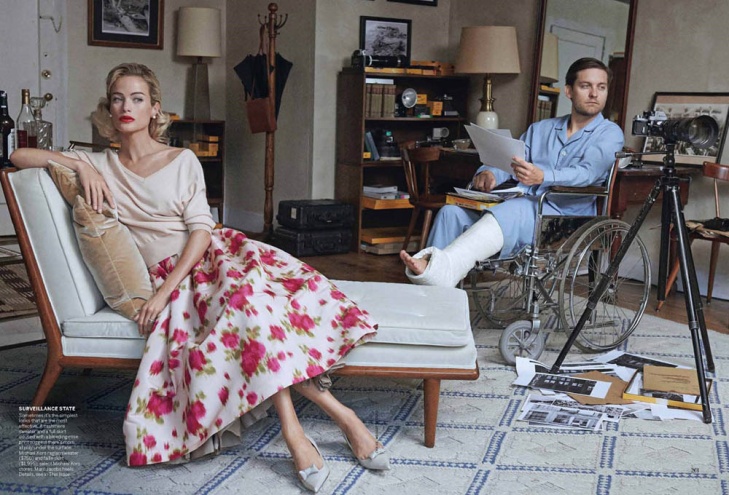 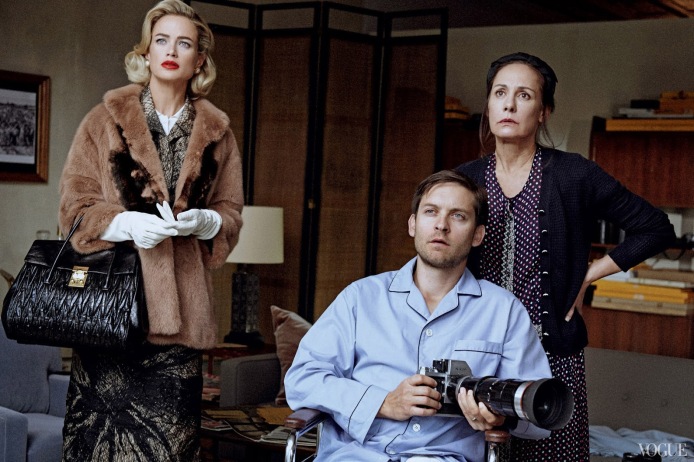 Rear Window is definitely in the air since this week’s episode of ABC’s Castle spoofed the Oscar-nominated film, so as soon as I saw the nine-page shoot, I knew I had to feature the retro images. Tobey’s Brooks Brothers pajamas are nearly spot-on to those worn famously by James Stewart‘s photojournalist character in the film. 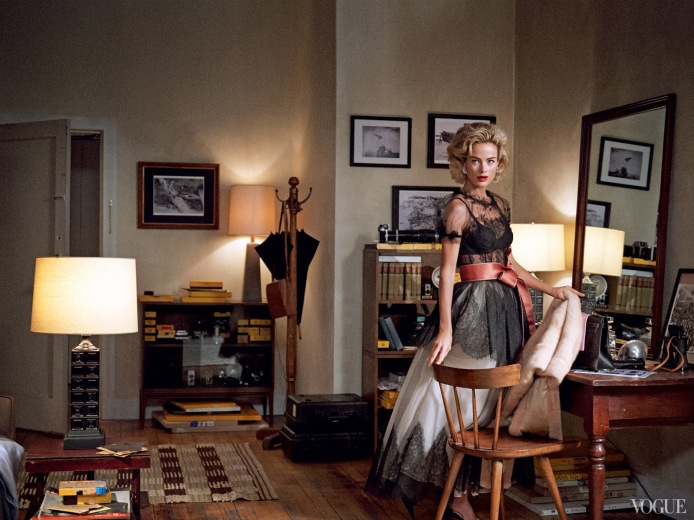 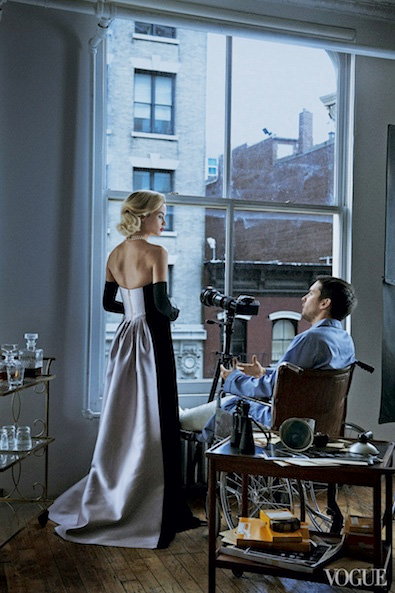 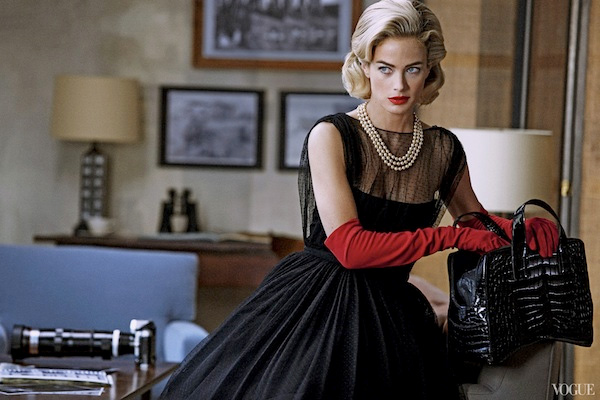 What do you think of the stylish shoot? Do you like the Tobey-Carolyn pairing for the shoot? Which is your favorite Grace Kelly film? For more fashionable posts, check out Lena Dunham’s video for designer Rebecca Antonoff, Marion Cotillard for Lady Dior, Beyonce’s debut ads for H&M, & Gucci’s Spring / Summer campaign! Happy Styling!