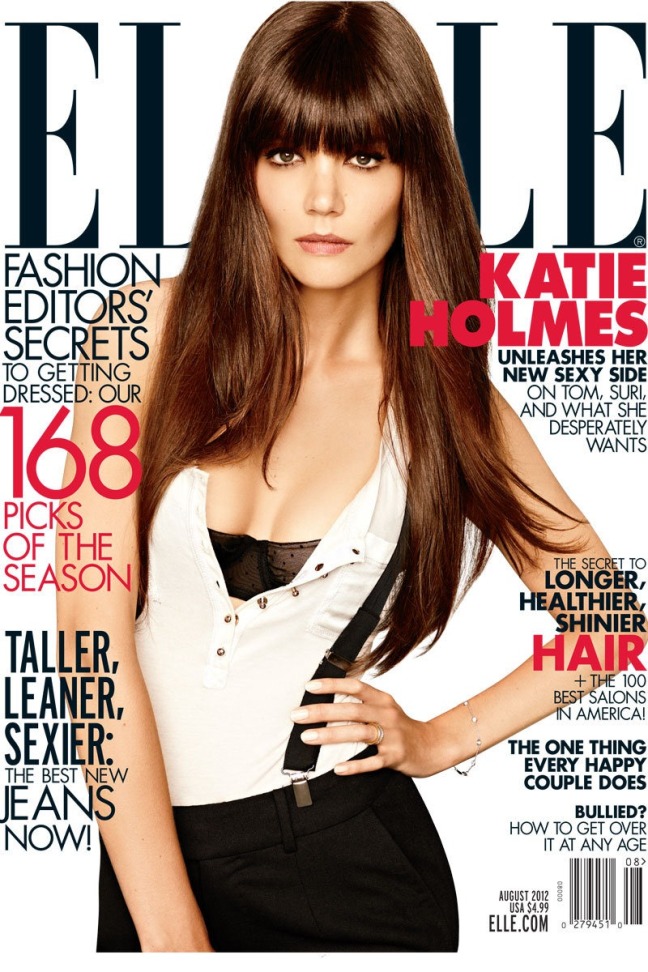 The gossip columns were on overload this past week when actress Katie Holmes announced to the public that she was divorcing husband of five years, Tom Cruise.  However, it’s clear that the world is on Katie’s side, especially since she looks better than ever on the August 2012 cover of Elle & isn’t letting anyone or anything get in the way of her independence.

That’s to Facebook updates, I learned that the Dawson’s Creek star even made an appearance as a guest judge during a taping last week for the latest season of Project Runway: All Stars. I haven’t received my issue of this magazine yet, but when I saw these images circulating online- clad with blunt bangs, menswear-inspiration, & the long-missed glitz & glamour that the star hasn’t revealed in a long time- I knew I had to share them with readers.  What do you think of this next chapter for Katie? Are you for or against the split? 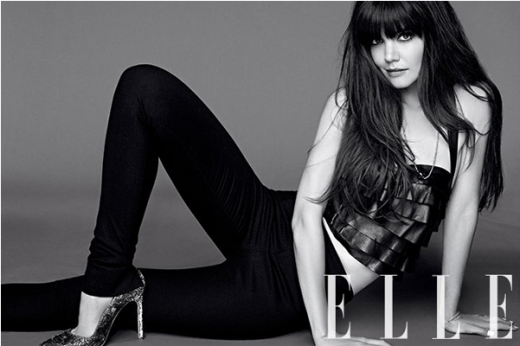 For more fabulosity when it comes to the mags, check out my newest category Cover Craze which will be dedicated solely to the glossy celebrity-graced pages of our favorite magazines.  Happy Styling!