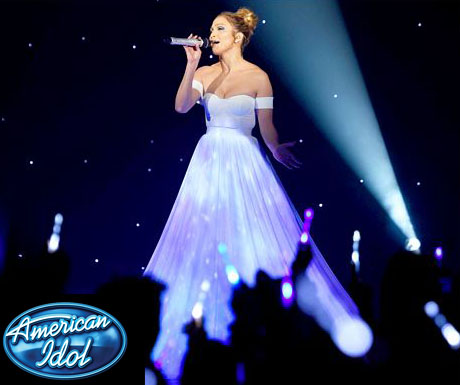 During this week’s American Idol, judge & all around powerhouse performer / style icon, Jennifer Lopez, hit the stage, premiering her very first ballad single, “Feel the Light,” for the upcoming animated film Home. While the song was all sorts of warm & fuzzy & inspiring, what really made the performance a stunner was Lopez in a (at first) white stage-covering gown by designer Mariel Haenn. Once J-Lo began to sing, the circular, dramatic train, which spanned 20-feet in circumference, became a canvas for sparkling projected images of space & heartfelt animation from the movie, featuring character (voiced by the always amazing Rihanna & The Big Bang Theory‘s Jim Parsons). 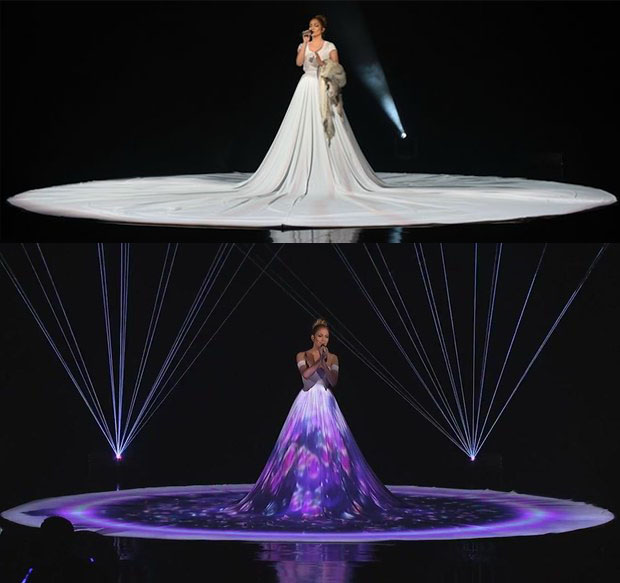 Like Jenny from the Block herself, the performance was a lovely combination, truly meant to go viral, of both fashion, film, & music. Watch the video below to see what all the fuss was about.

Jennifer is having a pretty fantastic 2015, especially after all the hype behind her steamy thriller, The Boy Next Door, as well as stunning red carpet appearances during this past awards season. Things don’t seem to be slowing down for her either, especially with American Idol in the thick of a very competitive season, & her role in the NBC crime drama Shades of Blue with Sopranos actress Drea de Matteo. There’s sure to be more fabulous press junkets & fashion moments to come!

What do you think of Jennifer’s performance? Were you wowed by the dress? For more stylish posts, check out white-hot white inspiration for spring, the complete Oscars red carpet gallery, all the runway looks from Marchesa’s Fall Winter 2015 collection during Fashion Week, luxury look-alike bucket bags for less, & how to wear floral leggings in four fabulous ways! Happy Styling!