I was recently asked if Style Darling shared anything about men’s fashion & I knew I was guilty of not giving male style enough attention… & isn’t it convenient that I just so happen to come across a story that features just that!

This weekend, the whopping 902-page epic September 2013 issue of Vogue arrived in my mailbox & I’m waiting to devote the proper amount of time to its fashionable glory. However, aside from the drop dead gorgeous it-girl Jennifer Lawrence (& recent Oscar winner) on the magazine’s cover, I’m crazy about Girls actor Adam Driver who dazzles on the countryside with model Daria Werbowy in a romantic William Butler Yeats & Maud Gonne-inspired photo shoot through the lens of the legendary Annie Leibowitz.

Of course, when it comes to fashion shoots, sometimes the set and/or props make the editorial something a little more special, elevating the grandeur of being included in a Vogue shoot. The selected pieces for the sophisticated & classic shoot not only bends the brain into a fall-ready state of being, but also puts the Emmy-nominated actor of the hit HBO series on par with other fashionable celebrities like Eddie Redmayne, James Franco, Ezra Miller, & even Brad Pitt. Although, I’m sure none of them held a sheep around their shoulders wearing nothing but jeans & hanging suspenders. 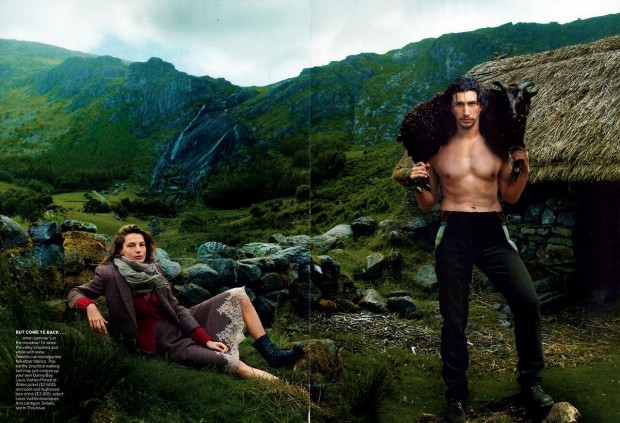 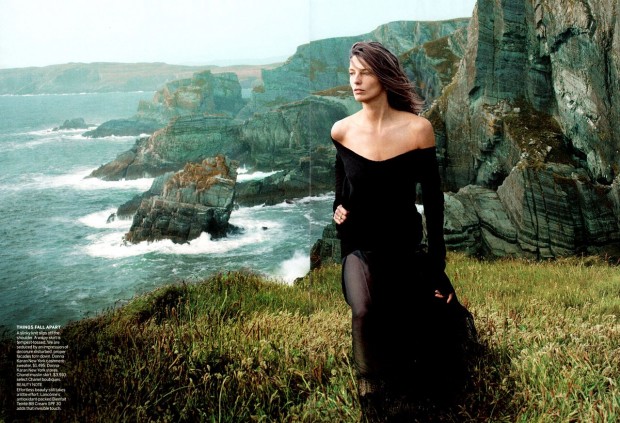 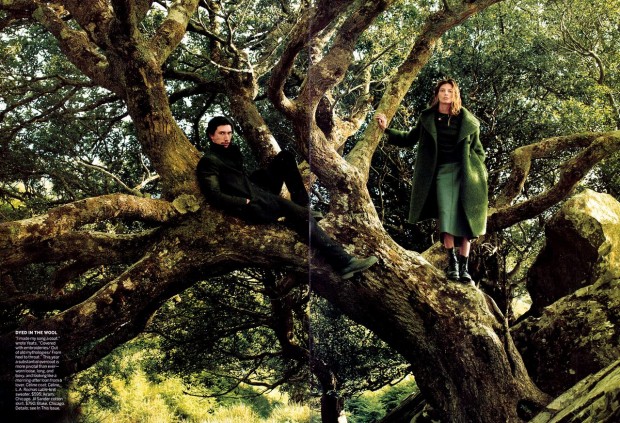 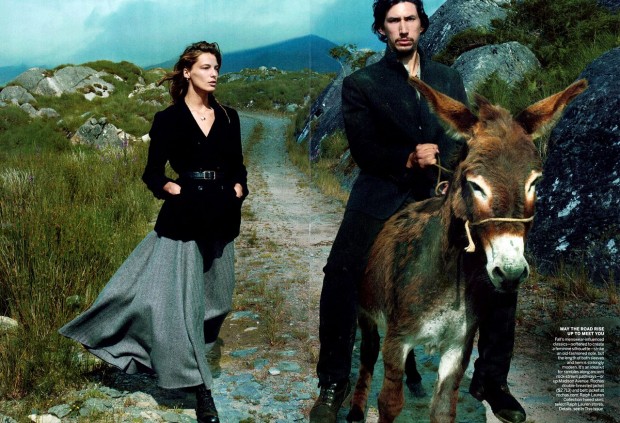 If I wasn’t already enamored with Adam’s same-name character (although in the show, he’s Sackler & not Driver), I’m wondering what his fictional persona would say about the beautifully classic & modern take on fall fashion. The fairer half of the stylish duo includes Daria in Michael Kors, Dries Van Noten, Prada, Alberta Ferretti, Ralph Lauren Collection, Jil Sadler, & Céline.