Blake Lively is everywhere! With the premiere of Savages, the Oliver Stone-directed action drama, as well as her latest campaign for the fragrance, Gucci Premiere.  The bombshell shows off her Old Hollywood glamour with Veronica Lake-like waves, a long-sleeved embellished evening gown, & open back.  The former Chanel-spokesmodel is high in-demand, especially since it’s been announced that this coming fall will see the farewell season of Gossip Girl. 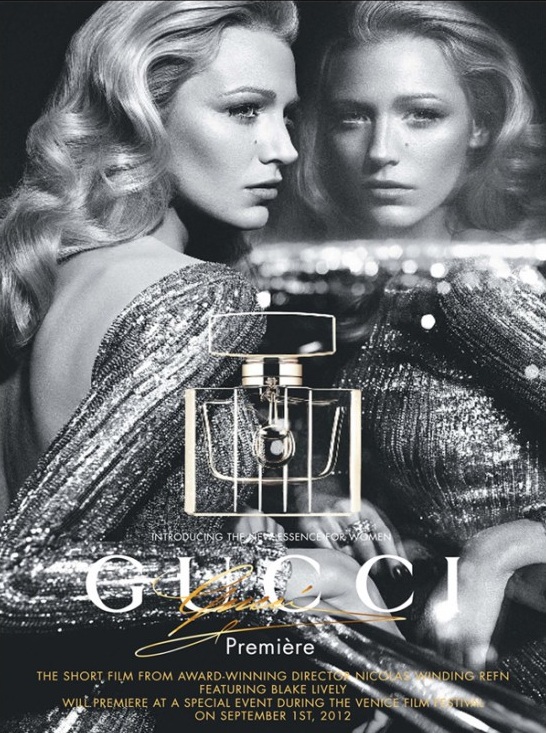 In addition, a short film about the fragrance is set to premiere at the Venice Film Festival on September 1st, directed by Nicolas Winding Refn, starring Blake. Do you think the California-born actress is overexposed or do you want to see more of her? Happy Styling!