Chloe Grace Moretz is paving the way for a much more stylish young Hollywood, including the likes of Oscar nominee Hailee Steinfeld, We Bought A Zoo star Elle Fanning, & Mad Men actress Kiernan Shipka. Chloe, who stars in the upcoming Kickass 2 sequel & horror remake Carrie, is featured in Glamour‘s September issue, with Jennifer Aniston on the cover. 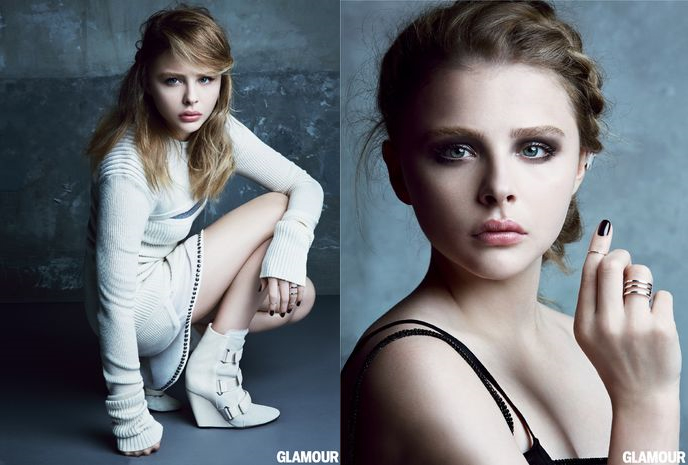 The accomplished actress has appeared in such films as Martin Scorsese’s Hugo, Dark Shadows with Johnny Depp & Michelle Pfeiffer, Texas Killing Fields alongside Jessica Chastain, & the 2010 screamer Let Me In.  In the magazine, the sixteen-year-old tries on multiple makeup looks, including a dramatic, dark lip, as well as retro hairstyles familiar to Hollywood veterans. Watch the video below to hear about how the actress is handling showbiz & what beauty tips she’s discovered along the way.