When I hear about Chanel, I think immediately about the legendary designer, as portrayed in films in like Coco Before Chanel, & how A-listers today interpret the brand for modern-day red carpet appearances & showing off their street style. Also, I’ve been following a lot from the fashion house, including their latest Fall 2013 Haute Couture collection, & now, the latest news that actress Diane Kruger is the new face of Chanel’s skincare line, as well as the brand’s ambassador. 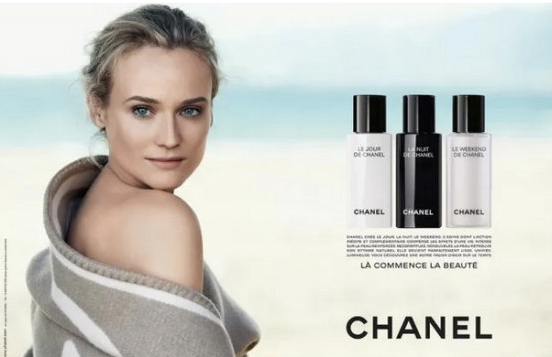 The elegant ad showcases the German import’s natural beauty for La Commence La Beauté, which features day & night creams. Chanel recently released a statement about choosing Diane to represent the brand: “Attracted by her sophistication and artistic spirit, the House of Chanel chose her for its Allure fragrance advertising campaign, then again for the Paris-Biarritz handbag advertising campaign, shot by Karl Lagerfeld… Now an ambassadress for Chanel, Diane Kruger will be the face of a new skincare advertising campaign, due to be unveiled in 2013.”