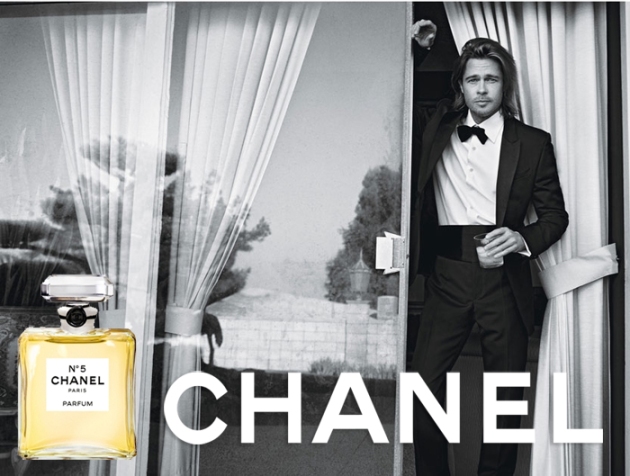 Twitter has been a-buzz all week since the eight second audio clip of Brad Pitt for Chanel No. 5 ($120.00) was released.  Now, the moment we’ve all been waiting for has arrived with the full video, featuring the four-time Oscar-nominated actor in black & white, reciting an obscure monologue entitled “There You Are.” Directed by the Anna Karenina-helmed visionary, Joe Wright, Brad’s $7 million ad has certainly paid off since this is first time a male spokesmodel has endorsed anything for Chanel.  Brad’s face & voice join the likes of Marilyn Monroe, Catherine Deneuve, Nicole Kidman, & most recently Keira Knightley (see Coco Mademoiselle here) who have all fronted the brand in the past.

What do you think of the ad? Is Brad Pitt a good fit for Chanel? Would you like to have seen something different for such an iconic fragrance? For more ads starring celebrities, be sure to check out posts including Petra Nemcova’s “Walking After Midnight” for Stuart Weitzman, Kirsten Dunst’s Bvlgari Mon Jasmin Noir Film, & Lana Del Rey for H&M! Happy Styling!