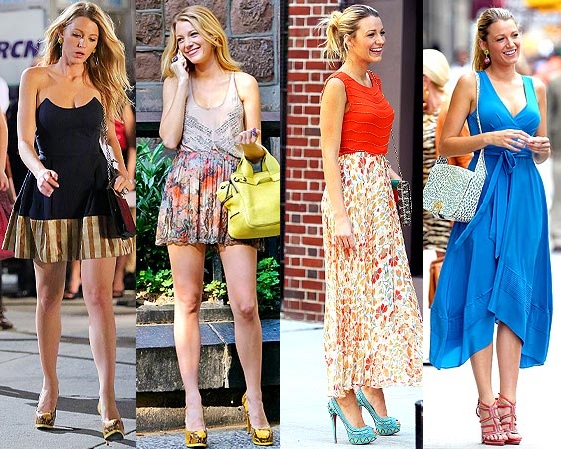 I’m excited to share with readers these sneak peek images of the latest & final season of Gossip Girl, which is currently in production.  Not only has the show been in the news with buzz surrounding the fabulous fall fashions, but British style import Alexa Chung is reportedly making a cameo in an upcoming episode, possibly playing herself.

As for the images, courtesy of People Style Watch, it looks like the cliffhanger of a downward spiraling Serena Van Der Woodsen has been resolved since the beloved character, played by the one & only Blake Lively, looks fresh, fearless, & fashion-forward.  For more fabulous news on GG & the cast, check out previous posts which include Blake’s Gucci Premiere commercial, video of GG‘s “Diamonds Are A Girl’s Best Friend” featuring the cast, & a behind-the-scenes look at an episode from last season! Happy Styling!