After season 10 of Project Runway ended, it only took a week to quell my creative competition show juices for when the second season of Project Runway All Stars returned & I’ve been happy to see some old favorites (Uli Herzner & Anthony Ryan Auld) return to the workroom to reclaim victory.  Last week’s episode 3, “Up Your Aerosol” aired & I found myself excited to see the designers working with graffiti artists to create their own prints & designs looks accordingly.  Having worked in the boroughs of New York & seen the graffiti-ridden streets of Italy, I was interested in seeing the two art forms collide on te runway. 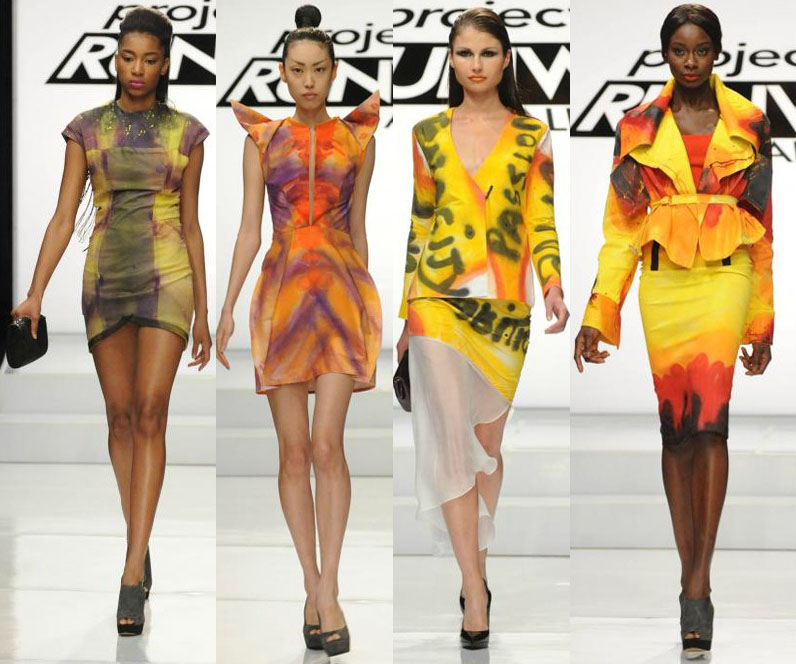 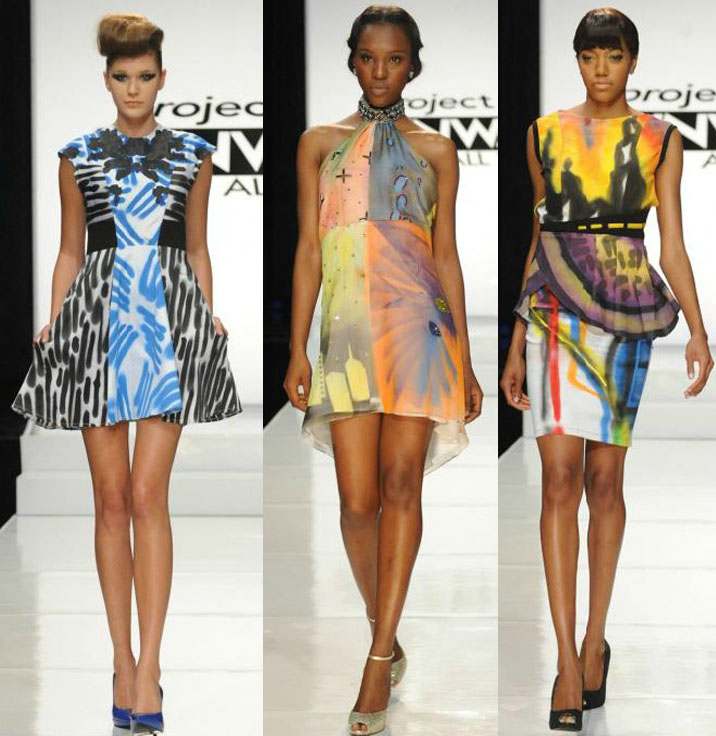 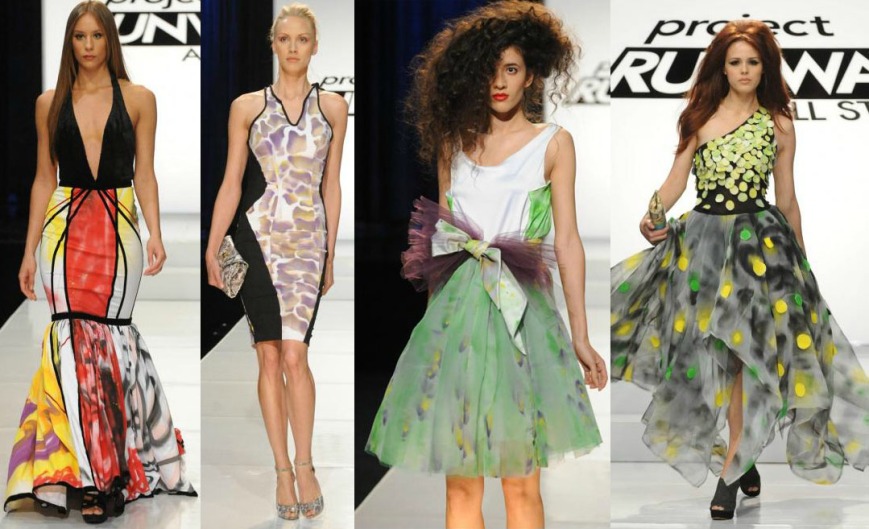 The winning look belonged to Emilio Sosa, & unfortunately, Suede‘s dotted disaster sent him home.  For more angles & closeup details on these looks, head over to My Lifetime. Check out the images above to see the designers’ handiwork & share which look is your favorite.  Which designer are you following this season? Happy Styling!